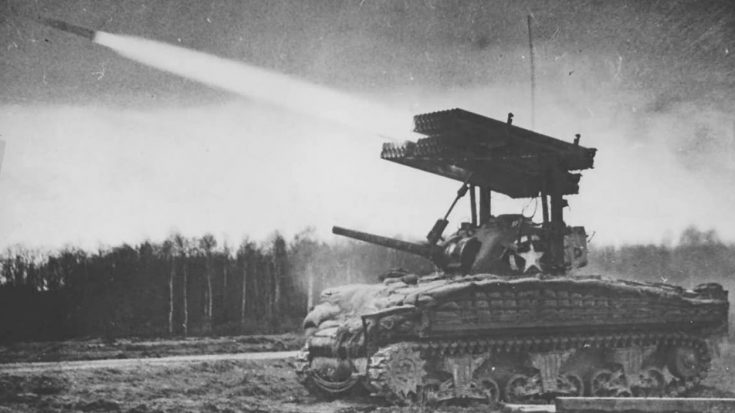 Tank warfare in WWII encompassed many countries each with their own take on the heavy combat vehicles. A variety of innovations were developed for tanks as they went toe-to-toe with each other. The T34 Calliope tank could be considered overkill with its mounted rocket launchers.

The 34 Calliope earned its name after the musical instrument for making a similar whistling sound when it shot its rockets. This tank has 60 launch tubes that launch deadly M8 rockets across the skies.

The accuracy of these M8 rockets was nothing to brag about, but they did work on a psychological level instilling fear into the hearts of their targets. Rapid fire from rockets could act as a nice distraction while the Sherman turret blasts heavy combat vehicles. There is a beauty to the destructive power of these rockets all firing off. Take a look at this Sherman tank as it gives the Axis powers a deadly fireworks show.