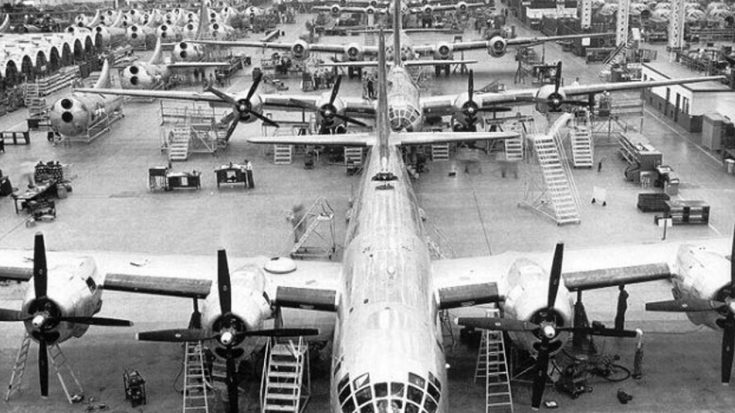 Take a step back in time to when the United States could produce wonders of engineering by the hundreds, if not thousands. The footage below is a quick tour of what it was like to mass manufacture the B-29 Superfortress, the bomber that dropped both of the atomic bombs and ended the war in the Pacific Theater.

First flown in 1942 and officially introduced on May 8th, 1944, the USAAF got their hands on almost 4,000 of these massive bombers in a span of 3 years. That’s an average of 3.65 bombers built per day, 7 days a week for three year straight.

The ability of doing something this extraordinary can be attributed to the war effort of course, but also Boeing’s efficiency in streamlining production. They had 3 of their own factories and another two partners to help them put everything together. Here’s the list of their locations:

It was the combined effort off all these plants to manufacture one thing or another which as the video will tell you came out to 55,000 individual parts. All the workers were trained to put all of them together and through it, helped win the war.