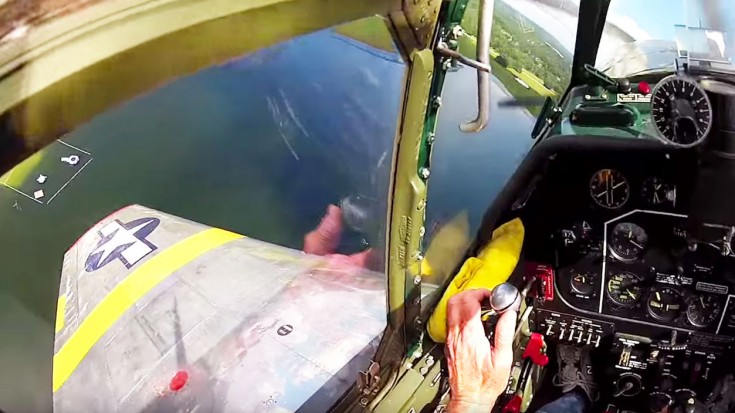 This Is The Dream Most Of Us Have.

Kermit Weeks is an American aviator who has made vintage planes literally his entire life. Flying model airplanes since 14, he spent most of his high school career building a bi-plane of his own design, flying it upon completion at 21.

Later, he up ended up buying a Pitts S-2A and learned aerobatic flying in it. Wanting to compete, he spent the next decades flying at shows and competitions, honing his skills. Overall, he won countless medals for his flying endeavors.

This P-51C Mustang’s name is Ina the Macon Belle.

As if that wasn’t enough, his substantial inheritance allowed him to buy many aircraft he was interested in, and by the late seventies he had enough of them to open the Weeks Air Museum in Miami. He now has over 140 planes (most of which are airworthy) at his new no-for-profit facility called the Fantasy of Flight in Florida.

In this video, Kermie took out one of his favorites, the P-51C Mustang. He purchased it in 1985 and gave her the name Ina the Macon belle, but this plane’s history dates all the way back to 1945.

Built on Oct 5th, 1945, the United States Air Force immediately deemed this warbird surplus, so she didn’t see any action. From 1946 to the 60s or so, she raced at the Bendix Races and won quite a bit of them. After her racing career was over, she was acquired by Weeks and now you get the chance see this super neat perspective in this video. Enjoy.