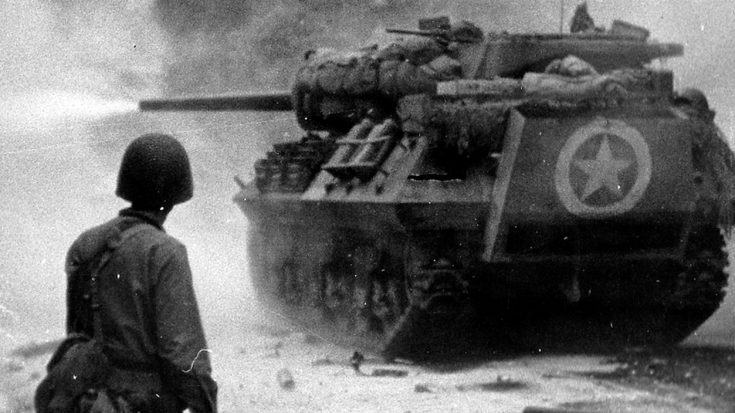 As the forces of the United States entered Europe against the forces of Nazi Germany they knew they were in for an uphill battle. Quite possibly the greatest threat against American ground troops were German tanks ready to mow down anything in their path. To counter these deadly tanks Americans needed something that could be the ultimate answer, which ended up being the tank destroyer.

As German tanks increased their defenses by adding thick armored plating the Allied developed the tank destroyer as an answer. The 17 Pounder Self-Self Propelled Achilles Tank Destroyer looks like a tank but is actually not a tank. However, its massive gun did have the ability penetrate the thick armor of German tanks.

The Tank Destroyer was valuable to the Allied Forces in the fight against Nazi Germany, but it was not without its weaknesses. The tank destroyer could dish it out but it couldn’t take it. Tank Destroyers sacrificed defenses for speed and thin armor did not suit these tanks very well when they took hits.

The German tanks that once plowed their way across Europe in the Blitzkrieg suddenly found themselves as the victims. The Smithsonian Channel takes a closer look at WWII-era tank destroyers in this clip.