Tank Start Up by Hand 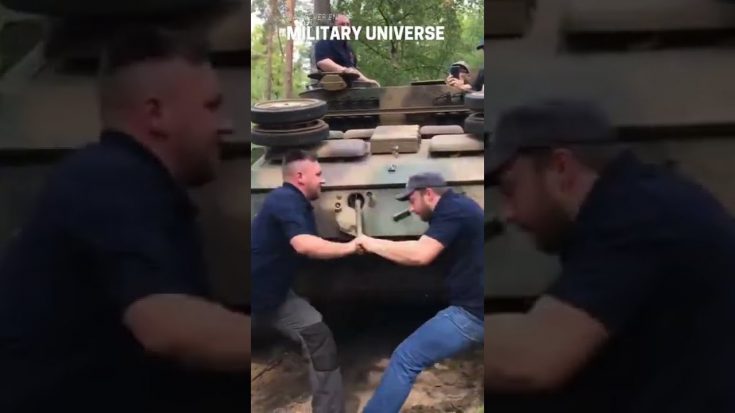 Spectators watched as this German StuG III’s Maybach HL120 V-12 engine was crank started by two of its crew members.

Tanks as old as this sometimes rely on a different method to start their engines. In this video, the crew uses an inertia starter to crank its heavy flywheel until it reaches a high rotation speed.

At first, the starter is considerably harder to turn but gets faster as it picks up speed. After achieving a favorable rotation speed, the men withdraw the crank and manually engage the starting clutch to start the engine.

Today, only six StuG IIIs are in working condition scattered around the world. No wonder why everyone was excited to see this half-a-century-old tank in action!