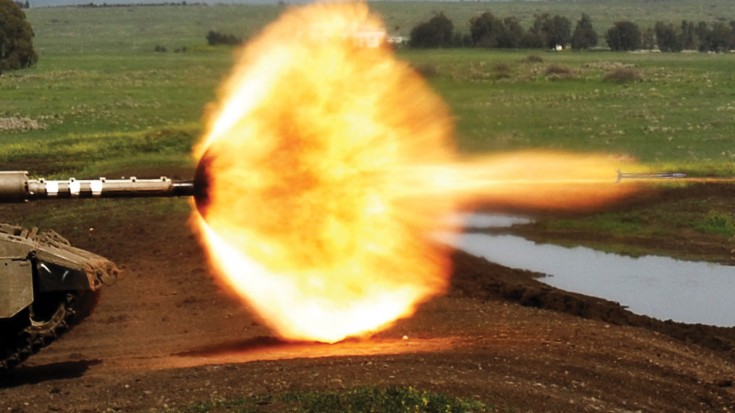 Technology is great, especially if it allows you to experience something new. In this case, we’re talking about slow motion cameras. No, the technology is not new by any means, but the cameras are constantly improving. Better resolution, higher frame rates etc.

Because of these cameras however, we can now see things we otherwise always miss. Even the most mundane things like running water in the shower or even jumping on the bed look spectacular. We’re not going to show you any of that however. We’re going to show you some cool war stuff.

For this segment someone used a really expensive camera (we mean really, really expensive) to track some great shots of tanks firing their main guns. To say it looks spectacular in slow motion would be an understatement.

You’ll clearly see the round slowly exiting the turret, followed by a brief explosion. Then, the round is tracked the whole way to its destination. Mesmerizing is what it is.

Check it out and see for yourself. You won’t be disappointed.