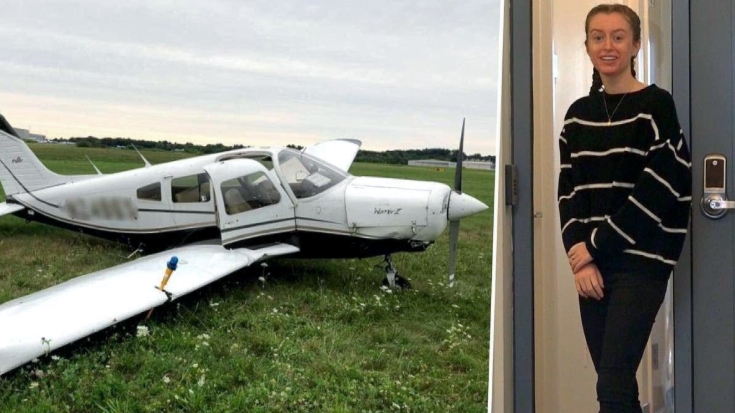 It is always nice to see young adults take up flight training leading the next generation of pilots. 17-year-old Maggie Taraska has spent the past three years training to be a pilot. It was a proud moment when she took to the skies for her first solo flight across the country. It was not so proud when one of the wheels fell off her plane right after takeoff.

“I think I panicked a little, just less than most people would.”

A milestone moment suddenly turned into a rather tense situation for Maggie. Her instructors stayed in contact via radio, hearing the nerves in her voice. Then suddenly, you begin to hear confidence in Maggie’s voice as she begins to take control of the situation.

“You have to have confidence in your ability if you’re going to be a pilot, so I knew that I had practiced emergency procedures plenty of times and I knew that if I tried my best and I kept a cool head, there would be the best outcome possible.”

She prepared for the worst as Maggie’s Piper PA28 came down for a crash landing. But all that training paid off as her plane came out with just a few scrapes and Maggie was no worse for wear. Even when things looked bad, she took the reigns and proved herself to be a capable pilot on her first solo outing.

The story is covered in this clip with an interview with Maggie Taraska.