That Moment You Know You Messed Up As A Pilot 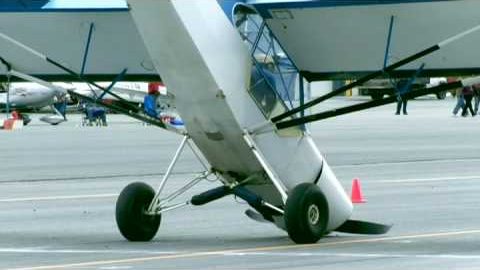 Welcome to Alaska, a place of amazing landscapes, plentiful wildlife and also a place where you can fly to your local grocery store. That’s right folks, we’ve actually seen that happen with our own eyes. The fact of the matter is that Alaska is the land of bush pilots because everything is so remote hence the whole flying to the store thing.

This state is also home to the Valdez STOL Flying, an annual competition of said bush pilots who compete against each other to see who can take off and land in the shortest distance. It’s quite a competition to witness as some of these guys are able to do so in mere feet.

Things don’t always go as planned, however. As you can imagine, trying to beat your opponents comes down to inches if not less so applying throttle and the brakes is paramount. There’s no room for mistakes.

As you’ll see in the video below, the gentleman coming in for a landing hit the brakes way too hard and ended up vertical. It’s a good thing that he didn’t actually flip over because he could have gotten seriously hurt.

That is the price of trying to be the best but as this guy learned, it doesn’t always mean you’ll win.