That Time When The Air Force Overhauled The P-51 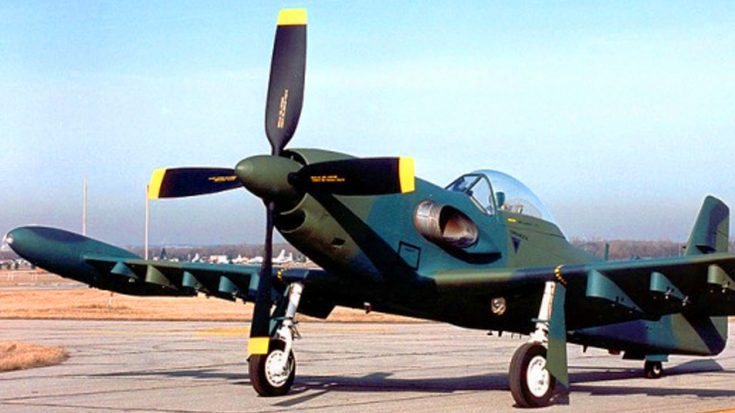 The P-51 Mustang earned its reputation by being arguably the best fighter plane of World War II. Propellor planes were being phased out by the end of WWII in favor of jet-powered aircraft but there were still many devout followers of the P-51 Mustang. Not wanting to let a good thing go, the P-51 underwent a revamp during the Vietnam War returning as the PA-48 Enforcer.

Designed as a counter-insurgency aircraft the PA-48 Enforcer’s lower speeds allowed it to have more loiter time to attack ground targets. They were a cheaper alternative to jet-powered aircraft and could be produced with relative ease to suit the numbers of an ongoing war. The Enforcer carried a powerful payload of missiles that were comparable to fighter jets of that era.

The PA-48’s arsenal and loiter time made it a strong candidate for the role of Air Force’s close air support plane, but that role eventually went to the A-10 Thunderbolt upon its debut. In the end, only four PA-48s were built and the airframe had been changed so much in the design that barely 10% of it was from the original P-51. This fighter represented a venture into the nostalgia of WWII but simply couldn’t keep up with modern planes.