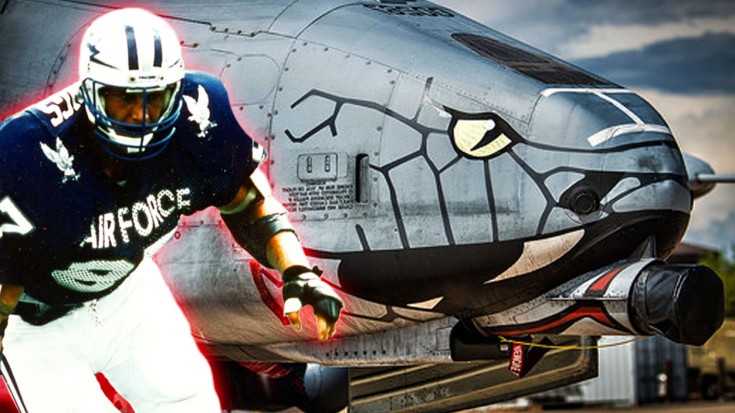 Not Many People Know This!

Seeing that this would be an appropriate post right after the Super Bowl, we figured we’d treat you to a really neat story we just found.  Despite what it is you think or know about him and his team, what remains amazing is that he traded his early football career to do what he felt like he needed to. That was to serve his coutry before anything else.

Chad Hennings is mostly known for playing for the Dallas Cowboys. A 26 year old rookie in 1992, he quickly became on of the best defensive tackle players . Over his 8 year football career, he finished with 27.5 sacks, 6 fumble recoveries and one touchdown in a total of 107 he participated in. Over those years, the Cowboys won 3 Super Bowls which although were not attributed to him directly, the coaches pinned the success on his attitude and leadership skills. Those of course, he honed before he started playing professionally and flew for the Air Force.

Hennings enrolled in the United States Air Force Academy right after high school despite being offered full scholarships to other universities for his football skills. Winning many awards by his senior year, he was scouted by the NFL but needed to serve with the USAF first.

He was deployed to the Persian Gulf in 1991 and during that time flew 45 missions in his A-10 Thunderbolt II. His missions entailed providing close air support during Operation Provide Comfort and eventually earned two Air Force Achievement Medals.

To see what he’s like, we found a really neat clip in which he speaks about commitment. It’s a really interesting story, so enjoy it!