The Aircraft That Helped Win The War: C-47 Skytrain 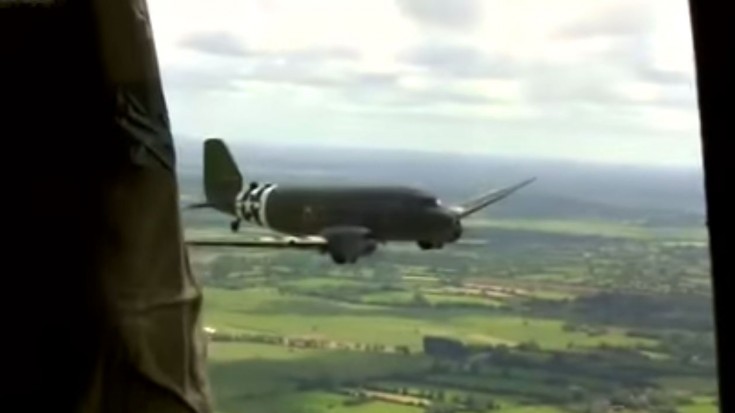 The Douglas C-47 Skytrain was used extensively by the Allied forces throughout World War II. Because of their spacious design, they were used predominantly for transporting troops, cargo and the wounded. During the first days of the invasion of Normandy, these workhorses dropped 13,100 paratroopers on French soil on June 6th and as it’s said by many, also brought victory.

The Skytrain also goes by other names. Douglas originally developed the DC-3 for commercial and civilian transport. They were converted to C-47 Skytrains for military use in 1941, while the Royal Air Force called them Dakotas.

The planes used during D-Day were designated with special invasion markings on their wings and fuselage. Over 900 Skytrains flew into France on June 6th and subsequent days, delivering thousands of troops needed to keep back the Axis. During the attack, many of the Skytrians flew through flak infested territories, with many being shot down on their way. As the narrator said in the video however, ‘enough got through to overwhelm the Germans. Dakota veterans say they owe their lives to it.’