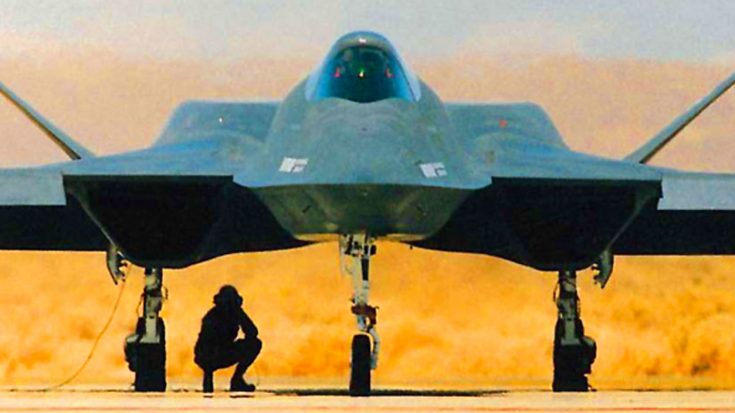 The quest for aerial dominance is fought between warring nations, launching their best fighters into the sky against each other. However, before then it is fought between rival companies for who gets to make the fighter that goes in against those warring nations. This is how the Northrop/McDonnell Douglas YF-23 came to be and how it was forgotten.

When the Soviet Union debuted their Sukhoi 27 and MiG-29 fighters the United States Air Force knew they needed to catch up. In the 1980s the USAF enacted the Advanced Tactical Fighter (ATF) Competition to find the next great jet. The ATF competition received submissions from several defense contractors but eventually, it was narrowed down to proposals from Lockheed/Boeing/General Dynamics with their YF-22 and Northrop/McDonnell Douglas with the YF-23.

In 1991, the United States Air Force chose the YF-23 as the next Advanced Tactical Fighter. In many ways, the YF-23 was the superior jet with better speed, stealth and cruising. The only disadvantage to the YF-23 was that it had less maneuverability than the YF-22 when traveling at slower speeds.

“Between the two ATF finalists, the the YF-23 offered greater range, faster speed, and better stealth capabilities, but was less agile than the YF-22 in combat. Conversely, the YF-23’s peculiar fuselage design would have made it more expensive to produce and Northrop Grumman’s program management record was far from stellar, making Lockheed’s offering seem a far less risky proposition.”

Ultimately it was the Government’s decision to go with Lockheed because they believed they could handle development better and with a lower cost. The YF-23 may have been the best fighter that never was and you can see just how good it is in this clip of its maiden flight.