The Best Montage Of The Corsair: Short, Sweet And To The Point 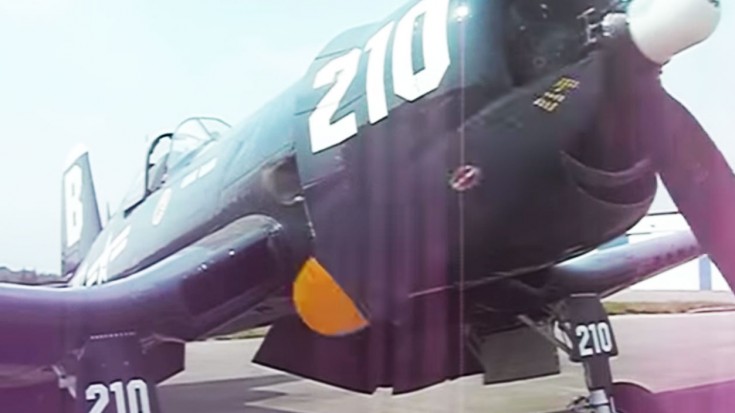 These Warbirds Created Quite A Few Aces In Their Day

The Chance Vought F4U Corsair was one of the most successful fighter planes of World War II and certainly the most distinctive in appearance. With its ‘bent wing’ design, an observer can spot a Corsair from almost any angle. Their inverted gull wing design, which gave them this appearance, was implemented in order to shorten the landing gear while still allowing for their giant propeller to have clearance while landing on aircraft carriers. Although the Navy rejected them at first, their original design gave them many advantages, producing quite a few aces during the war as well.

This wing design also helped the effectiveness of the Corsair in other ways as well. As the wing to fuselage connection is at and angle, it decreased drag adding an aerodynamic advantage. This made them faster and more maneuverable, two things that severely increase the effectiveness of air to air fighters. In addition, the bent wing design also gave the Corsairs the ability to carry external bombs because of the additional clearance. Overall, these warbirds were not only formidable opponents but also aesthetically pleasing to the eye in terms of design.