The Best Rc Footage Ever: These Planes Sound Awesome! 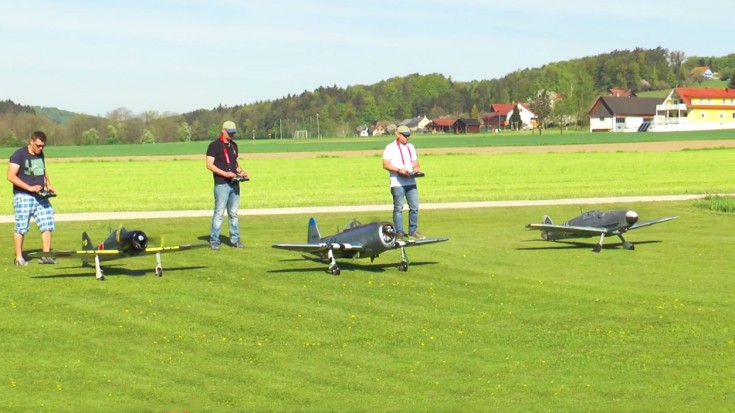 These Zero, Messerschmitt and Thunderbolt Rc Planes Look Like Fun!

If you’re an aviation enthusiast, planes are probably your life, but getting a pilots license might be out of reach for some. Even if you have one, controlling the stick of one of your favorite World War II planes might only remain a dream. The next best thing to that is Rc flying! YES, it’s not the same, but judging by the sound of these small scale engines and difficulty of flying them does make you a pilot of sorts. If you don’t believe us, just watch this footage of some of these World War II fighting stars.

Some quick facts about these fighters:

Since getting into the the actual cockpit of one of these planes is a far reach for many, you can grab on of these Rcs and still have loads of fun. Even the engines sound almost like the real thing! Enjoy 🙂