The Best Scene From The Most Iconic B-17 Movie 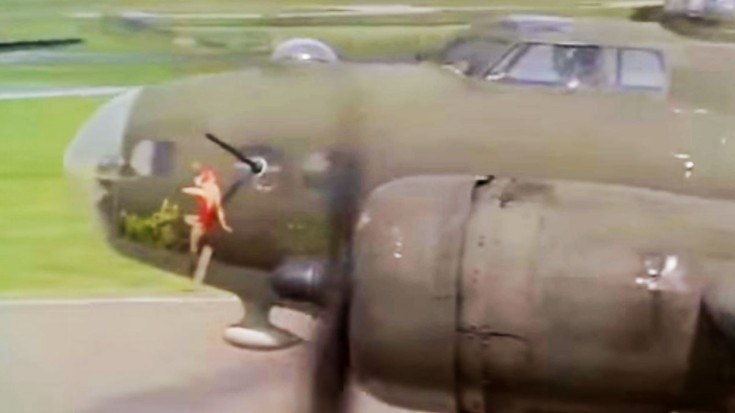 Directed by Michael Canto-Jones and written by Monte Merrick, Memphis Belle is one of the best movies about B-17s and their crews. It is very loosely based on the story of the real Memphis Belle crew which was one of the first B-17 crews to complete 25 missions and not lose a single crew member. The names of the crew members and the missions they were on were fictional, but they were meant to represent what it was like to be on one of these crews.

During filming, a French B-17 experienced engine trouble during takeoff and hit a tree with its left wing, breaking the fuselage in two places.

The completion of real crew’s 25th mission was quite significant during World War II, however, this Hollywood production did inflate its importance quite a bit. Unlike the movie, when Memphis Belle came back from her final mission there was no grand celebration and the crew was simply shipped home. As for filming, five airworthy B-17 were used as well as seven P-51 Mustangs. Overall, the movie was well received with the exception of some critics saying, ‘the one thing which you can’t miss about Memphis Belle is that it is a cliche commercial production.’ With all due respect, that’s what it was but most of us aviation buffs loved it!