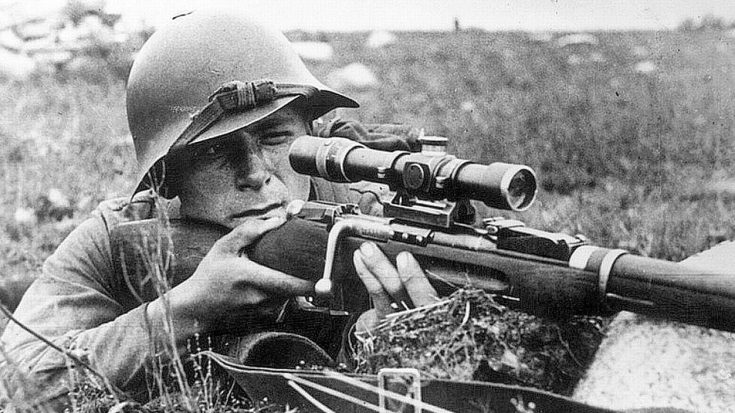 It has often been said that a single bullet can be more effective than any army. That is debatable, but it still puts a lot of pressure on snipers who have one of the most difficult jobs in the war. The wait is the hardest part because snipers needed to have patience because one shot is all you get.

Several factors had to be taken into consideration such as timing, the wind among others in order to land the perfect shot. The three sniper rifles that shaped WWII were the American M1903 Springfield, German 98 Mauser, and the Russian Mosin-Nagant. Although some of these rifles were used as early as WWI they were to proven reliable enough to keep entire groups of enemies off guard.

Snipers were good at picking off enemies but they served a more important purpose, inspiring fear into the enemy. That fear would drop their morale and keep them off guard, worrying where the next bullet might strike from.

“During the Movement, One Man was Shot by a Sniper Firing One Round. The Entire Squad Hit the Ground and They Were Picked Off, One by One, by the Same Sniper.”

All the major nations of the war had snipers in their ranks, Russia even placed a stronger emphasis on female snipers. A single bullet can do a lot and the power of the sniper was felt even if they missed their mark they inspired fear. Weaponology dives deeper into WWII-era snipers in this clip.