The Blackburn Buccaneer- Video Demonstrates What It Can Do 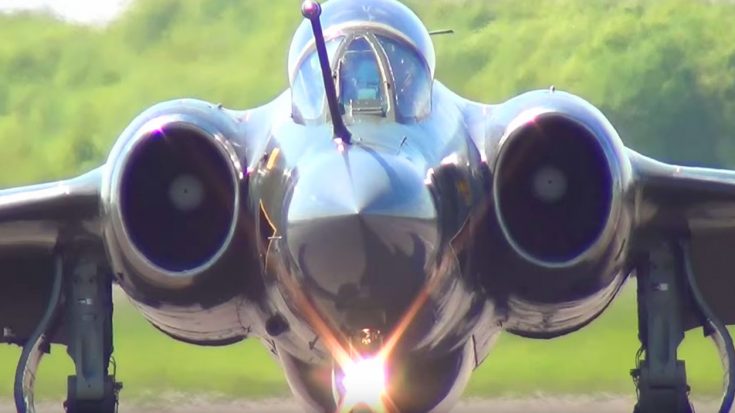 There aren’t many jets out there like the Blackburn Buccaneer, it truly stands out among the legends of aviation. In a time when bombers were flying high and slow the Buccaneer was low and fast.

The Cold War was a time of high tension and uncertainty if the world would face a nuclear attack from the Russians. Many believe that the best defense is a good offense so the Blackburn Buccaneer was designed to deliver powerful nuclear strikes fast. Its ability to fly at low altitudes helped to keep it safe from high-flying fighters and its thick armor plating reduced the damage from its own bombs.

This incredible maritime nuclear bomber didn’t see a whole lot of use during the Cold War because Russia’s bark was bigger than their bite. The Buccaneer flies like a modern jet and could still hold its own, but it was retired in the early 1990s when it was learned that the airframe sustains damage from excessive flying.

There is a very devout following to this Cold War-era bomber that loves seeing it in action. And why not, it’s absolutely incredible. This is a video from the Buccaneer in its heyday in exercises over the sea check it out and be mesmerized.