The Bomb Used To Destroy WWII’s Most Lethal Barrier 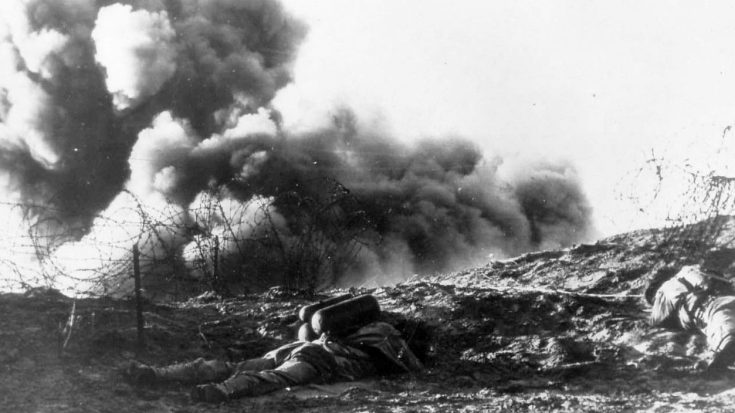 American soldiers on the beaches of Normandy faced some of the deadliest horrors of WWII upon their arrival. Rockets, bullets, piles of their dead comrades littered upon the beach as they edged closer. After all the carnage the American soldiers endured when they gained close proximity to enemy gunners they soon found themselves halted by a thin fence, barbed wire.

“It was a cheap, rapid, and effective means to stop the movement of large forces of men bent on your destruction. When combined with another recent invention, the machine gun, barbed wire became more imposing than the largest fort or cannon.”

Ironic how an American invention used to keep cattle safe from predators became a symbol of war. Barbed wire kept prisoners in, it kept soldiers out of enemy terrain and it kept the Jewish people in concentration camps run by Nazi Germany.

American soldiers had come too far to be stopped by a mere wire, they had a massive invasion ready to save the world. Fortunately, they came equipped with a pipe bomb created for the sole purpose of destruction of barbed wire known as the Bangalore torpedo. Check out this clip from Weapon Hunter as they demonstrate the effectiveness of the Bangalore torpedo on barbed wire.