The Case For This Rare Asymmetrical Plane Was Surprisingly Strong 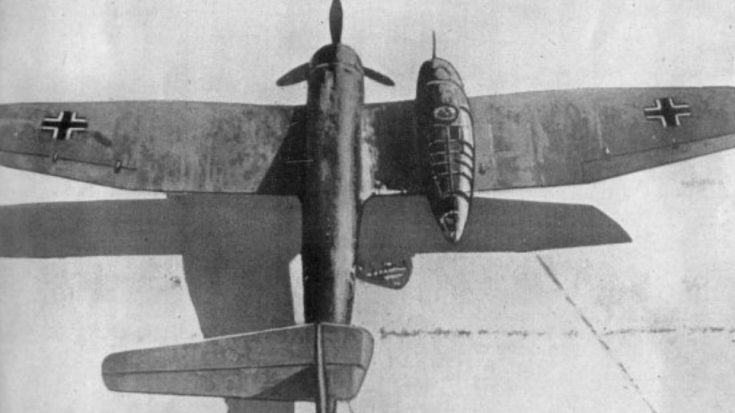 Thinking Outside The Box

When you consider minds who thought outside of the box, does Richard Vogt, the brains behind Blohm & Voss,  come to mind? If not, it definitely should. Just look at this plane. The BV 141 is about as outside of a conventional late 1930s plane design as they come. The surprising thing is that it actually worked. Really well.

Vogt found that symmetrical planes left a lot to be desired. Their problems included:

These points aren’t deal breakers of course. Most planes did very well regardless. Vogt, however, wanted to push the envelope.

He saw an opportunity when Germany’s Air Ministry requested submissions for a single-engine reconnaissance plane with excellent vantage points. Blohm & Voss’s strange (and yet more symmetrical) first draft didn’t win the bid, but it did intrigue the Air Ministry. As a private venture, Blohm & Voss was able to continue the project.

By the third pre-series trial, the result looked like someone didn’t read the directions on their Ikea furniture. But appearances were misleading. Fuselage on the right and single tail on the left, the Frankenstein-like oddity distributed weight evenly and got the thumbs up for handling capabilities from test pilot Ernst Udet. He liked it so much that he recommended an order of 500 for tactical reconnaissance.

But it was not to be. After just 20 were made in 1941, the funky reconnaissance aircraft was discontinued. The reasons didn’t have anything to do with the design, however.

Unfortunately, none of these rare birds exist today that we know of. It sure would be fun to see one fly! We do have a video of the prototype however, and there are some models in circulation.