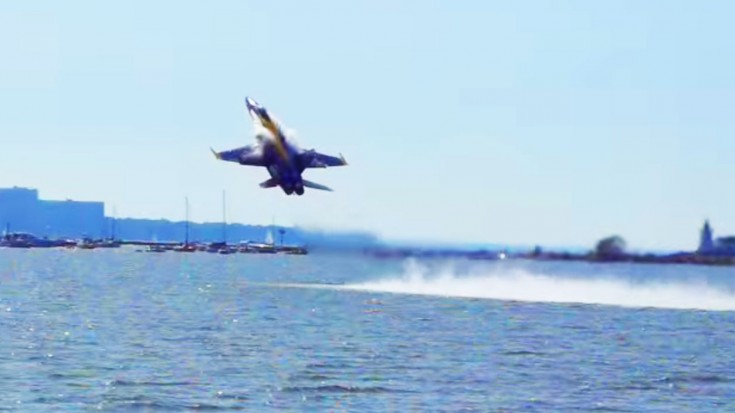 Wonder How Many Gs He Pulled There!

We’re going to say it, “Navy’s the best!” The Blues have been around since the end of World War II and have yet to fail at mesmerizing their spectators. Not to say anything bad about other demonstration groups, but the Blue Angels are by far the best trained and most disciplined pilots in the world.

The Blue Angel’s first plane was a Hellcat!

Having said that, this footage comes to us from Kaneohe Bay, Hawaii. Displaying their awesomeness at the Marine Corps Air Station, it features Craig “Merlin” Olson (Blue Angel #6) taking off nice and low. He keeps that altitude for a while until he’s over those beautifully blue waters and then goes almost completely vertical.

Don’t know how much g-force he was experiencing, but we’re guessing he was glued to that seat nice and tight. As for the maneuver, it’s called a “low transition to high performance climb.” It’s always done by the number 5 pilot, whereas the number 5 for example always does a “dirty roll on take-off.” The more you know.