The Crash Of Tupolev Tu-22M3 Bomber 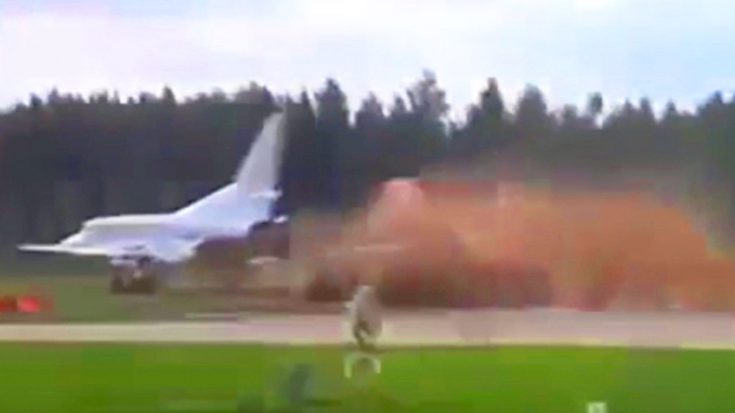 The declassified film shows the Tu-22M3 during a takeoff at the Air Force Base and failing to achieve lift. Parachutes were deployed in an attempt to stall the supersonic bomber but resulted in little to no success.

“The cause of the accident was the failure of speed sensors during the take-off, resulting in the crew decided to stop taking off.”

Fortunately, none of the four crew members onboard Tu-22M3 were injured during the accident. This Tu-22M3 is the Russian equivalent of the B-1B Lancer and has a stellar track record so a lift failure is quite unusual for this aircraft. The film of the Tu-22Ms’s crash has been revealed to the public for the first time, you can watch it in the following link.