The Crazy Pilot who Nursed his P-47 home 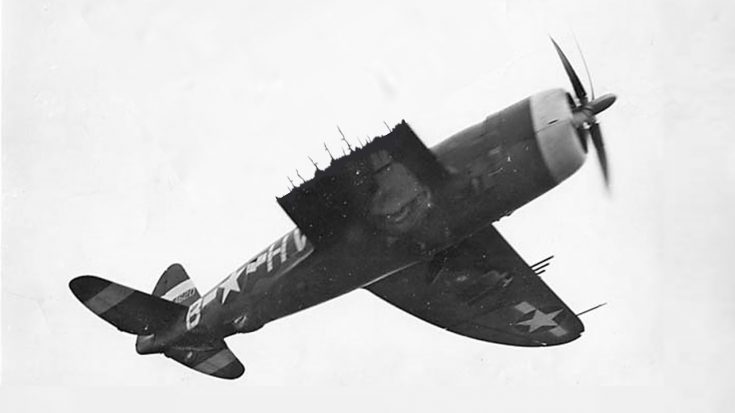 The resilience shown by Canario and his Thunderbolt is something to be amazed at.

It got shot multiple times by Flak, the second time almost being fatal to the warbird. As if that wasn’t enough, he lost control of the plane and hit a factory chimney, losing 128cm off the right wing.

Surprisingly, it didn’t stop there. As he was returning back to base, allied Spitfires tried to shoot him out of the skies fearing he was an enemy.

Because of this legendary story and 50 missions under his belt, he was given the Distinguished Flying Cross award.