The Dark History Behind BMW In WWII Germany 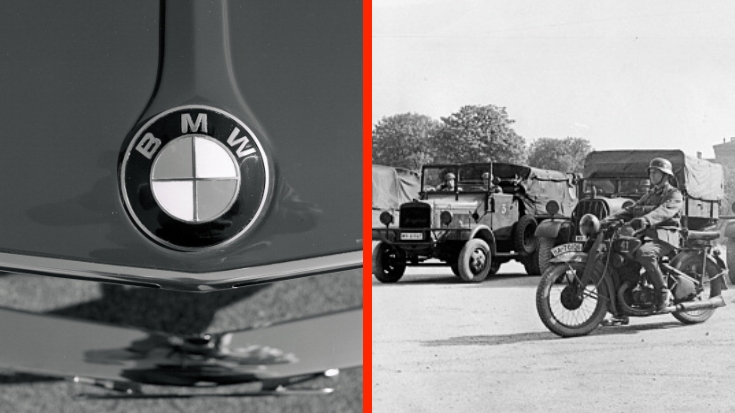 These days when driving down the road it’s easy to get upset at the guy who cut you off while driving a 7-Series BMW. But before you got shouting to him how he choice in cars likens him a member of some fascist regime, you may be more right than you know. There are several modern-day companies that have their origins rooted in Nazi Germany and BMW is no exception.

Bavarian Motor Works or “BMW” as they are more commonly known, began in Germany producing batteries and engines. After Germany’s defeat in WWI, restrictions on aircraft engine manufacturing brought on by Versailles Armistice Treaty forced BMW to transition into producing farm equipment.

Between the two wars, as Germany’s infrastructure began to mend itself, BMW entered a new era. Production of cars and motorcycles to suit the needs of the German people became the new priority. However, as the German rearmament began the need for weapons of war become the companies new focus.

BMW began building engines for Luftwaffe aircraft including Messerschmitt Me 262. However, there was a darker side to BMW during the war years. Evidence shows that inmates of the Dachau concentration camp were forced into labor to build BMW machinery.

“As demand for BMW aero engines increased, forced laborers, convicts and prisoners from concentration camps were recruited to assist with manufacturing them. To this day, the enormous suffering this caused and the fate of many forced laborers remains a matter of the most profound regret.”

After the fall of the Third Reich, most of BMW’s factories had been destroyed in Allied bombing raids. The remaining factories were seized by the Soviet Union, which allowed them to manufacture vehicles and rise to prominence.

This short video from Business Casual shows a deeper look at the history of BMW in World War II.