The Dark Truth Behind This Decaying German Megastructure 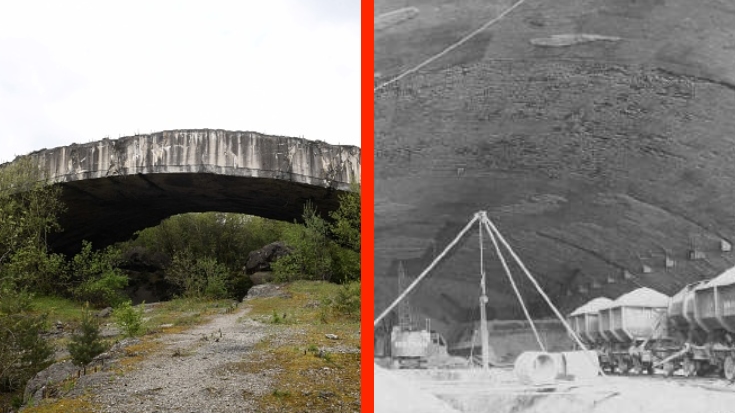 In the middle of a German forest lies a mysterious concrete megastructure. The building lies in complete isolation, far away from civilization and decaying little by little but it still stands. What is the history behind the fallen Third Reich complex known as Weingut I?

In the later stages of WWII, Allied bombers began targetting Germany aircraft production sites weakening the Luftwaffe. The Third Reich’s last hope at victory was their new fighter jet the Messerschmitt Me 262. However, they needed a way of producing and protecting these fighters without drawing attention to them so came Weingut I.

Like many megastructures of the Third Reich, Weingut I owes its designs to architect and Minister of Armaments Albert Speer. He designed the complex to be composed of a massive concrete arch, resistant to Allied bombings, hidden within a forest. The construction deadline of Weingut I rushed using over 8,000 slave laborers from concentration camps. Many of these workers died from being overworked, lack of nourishment or treatment at the hands of SS officers.

Weingut I was never completed due to resources diverted away to support Germany’s struggling war effort. After the fall of the Third Reich, Allied Forces used the partially completed structure as a bomb testing.

“It is recommended that the U.S. Army avail itself of the opportunity to test the resistance of this type of construction by actually subjecting one of the arches to a full-scale bombin. Test bombing is recommended because: (1) This type of construction might be adopted for war-time industrial installations in the United States or its possessions, and; (2) this uncompleted building with little or no future utility provides a rare opportunity to conduct a full-scale bombing test.”

Most of the Weingut I was destroyed in demolition trials but a portion still remains. A secret structure protecting a secret weapon, but ultimately it was too little too late to make a difference.