The DEVASTATING Power Of The GAU-8 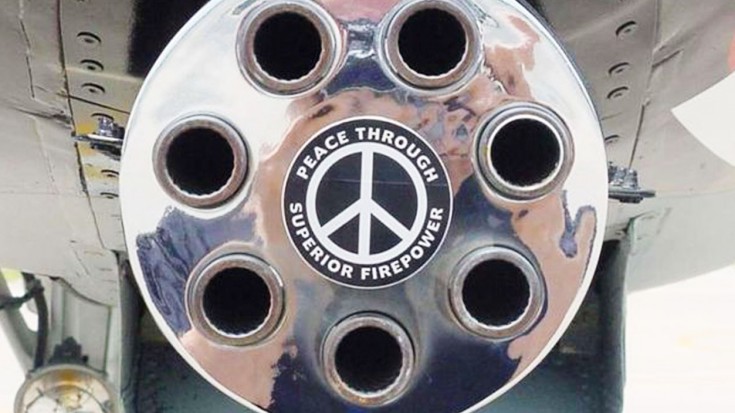 This Is A Gun Test You Don’t Want To Miss

In this video you’ll see the amazing power and rate of fire of a gun that got its own plane, the GAU-8. With the A-10 Hog wrapped around it, this duo swoops in to support the troops and is a dreaded sight for anyone who’s the enemy. As you’ll see in this fire test, the feeding system operates at a stunning speed, able to fire up to 4,200 rounds a minute. With 30 mm armor piercing rounds, it pulverizes anything in front of it.

The GAU-8’s name is Avenger, however, most pilots who fly A-10s refer to it simply as ‘The Gun.’

The Gun itself weighs 620 lbs, but with the drum, ammo and feeding system maxes out at over 4,000 lbs. The magazine itself can hold 1,174 rounds and shoot up to 70 rounds per second. With 7 barrels to shell out the bullets, A-10 pilots usually shoot at 2 second intervals at their targets, letting the barrel cool down between bursts. Although it might not seem like a lot, 140 of these bullets fixated on a target will definitely get the job done. Just look at this footage.