THE DOUGLAS A-1 SKYRAIDER UP CLOSE 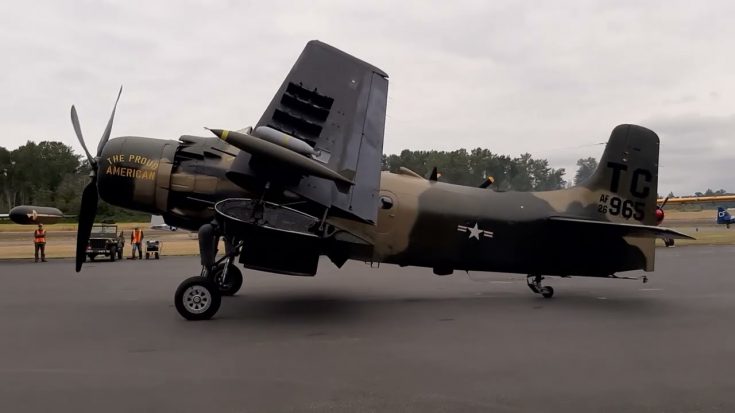 Its air-cooled Wright R-3350 piston engine sounds menacing during startup. We even get a chance to peek at the impressive number of external hardpoints under its wings as they fold and unfold.

This particular Skyraider is called “The Proud American” and was built in the early 1950s. It served aboard USS Kearsarge off the coast of Korea but was too late to join the war and never saw combat.

Though it had no use for the US, the French Army used this Skyraider extensively. It served in Algeria, Djibouti, Madagascar, and Chad from 1962 to 1976. In 2004, Heritage Flight Museum brought The Proud American back home, repainting it with typical USAF colors.