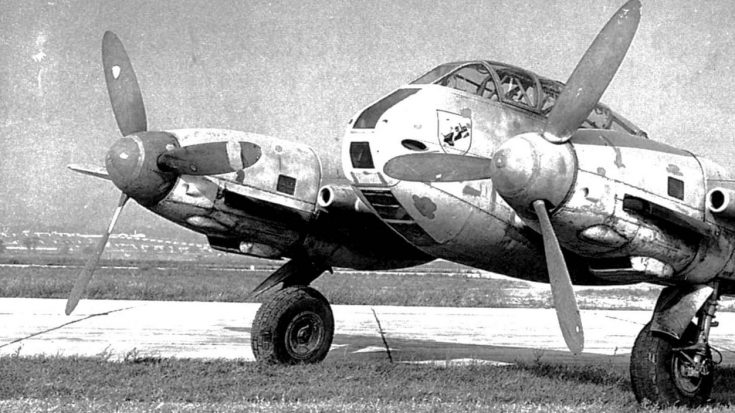 The quest for the best Schnellbomber (fast bomber) was an intense competition between the Allies and the Axis Powers. The Royal Air Force was leading the charge with the de Havilland Mosquito and the Germans were struggling to keep up. After a few stumbles, the Germans got it right when they introduced the Messerschmitt Me 410 into the Luftwaffe.

Also known as the Hornisse (Hornet) it was an aircraft that attempted to fit into every role. The Messerschmitt Me 210 has been a disaster for the Luftwaffe, underperforming and endangering the lives of its pilots. The Me 410 remedied many of the handling problems of the Me 210 and proved to a successful multirole fighter. Its maximum speed of 388 mph allowed it to outspeed Royal Air Force night fighters and engage bombing raids.

The biggest issue with the Me 410 was that it wasn’t much of an improvement over the earlier Me 110. It certainly was functional for ground-attack, night fighting, and fast bombing but other aircraft in the Luftwaffe were better suited for those roles. It was never truly suited for dogfights and single engine RAF fighters tore it to shreds when it was engaged in a one-on-one.

The Me 410 also had the range to reach England for bombing missions, but at this time Germany was more focused on defending their land and didn’t have the chance to perform many bombing raids. This film covers the evolution of the Me 210 as it transitions into the Me 410.