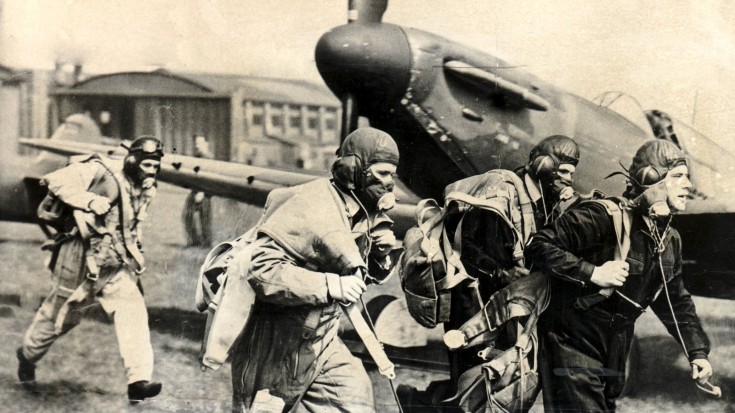 Looking Back On Battle of Britain.

In 1940 Great Britain rejected an unreasonable peace treaty from Nazi Germany and soon found themselves under attack from the Luftwaffe. Nazi bombers began targeting shipping ports, factories, airfields and eventually began bombing civilian targets. To stop the onslaught of Nazi bombings, British pilots took to the skies and so began the Battle of Britain. 1000 men served as defenders of the nation as the battle raged on for 3 months they successfully drove off the Nazis shooting down over 2000 aircraft and even caused Germany to abort their land invasion of Great Britain.

“Never, in the field of human conflict, was so much owed by so many to so few.”

The Few, as they came to be known were the heroes of Britain. 20 years later they have gone on to lead civilian lives but they still reflect on their days taking to the skies to protect their countrymen. Captain Jamie Rankin walks the overgrown airfield where his squadron’s Spitfire and Hurricane planes would take off to intercept Nazi attacks. The control tower was once thriving with activity now sits abandoned and stuffed with hay but still serves as a beacon to remember The Few.