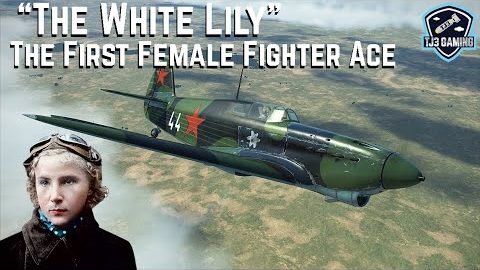 You’ve probably heard of the 1st female fighter ace, Lydia Litvyak. But now we get to kind of see what kind of pilot she really was and some of her historic victories. In this flight sim game, Youtuber TJ3 Gaming takes us through time, and shows us what one encounter might have felt and looked like.

She was the first female pilot to actually shoot down a German plane and she contributed to the defense of Stalingrad. So take a look at this video from the game IL2 Sturmovik which is often regarded as one of the most realistic WWII plane game simulators out there on the market.