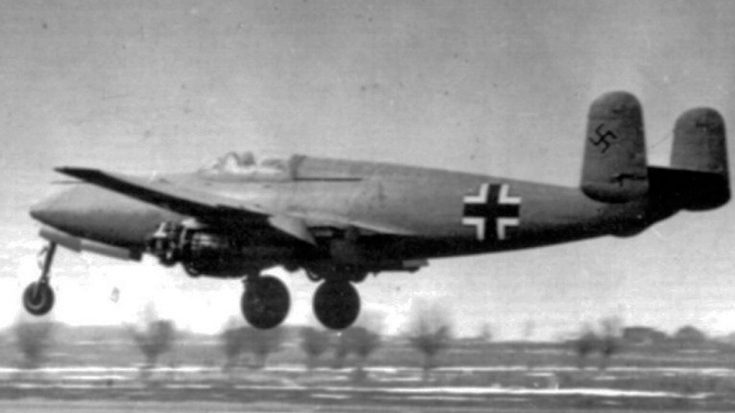 The Messerschmitt Me 262 is often touted as the first fighter jet but that is a misconception, the first plane to hold that title is actually the Heinkel He 280. This jet was faster and deadlier than Allied fighters of the time, so what led the He 280 to be discarded in favor of the Messerschmitt 262?

Following the invention of the jet engine, Ernst Heinkel created the first jet the Heinkel He 178. After a successful test run with the He 178 it was pushed aside in favor of a weaponized jet and work began on the He 280. It appears to similar to the American B-25 but proved itself to be faster and more maneuverable than any other fighters in the Luftwaffe, including the Focke-Wulf 190. Test pilots loved their experiences with the He 280 and only complained about rough landings with its tricycle landing gear.

“Equipped with three 30mm cannon and capable of 512 miles per hour, the He 280 would have provided a bridge between the Fw 190 and Me 262 and would have enabled the Luftwaffe to maintain superiority in Europe at a time when the Allies had no comparable aircraft.”

The He 280 was operational long before the Me 262 was and could have made a huge impact gaining aerial supremacy long before the American Air Force was prepared for battle. Ultimately the project never went forward and was denied funding because Heinkel fell out of favor with Hitler and other Reich leaders. Many historians believe it was Wilhelm Messerschmitt who sabotaged their relationship to push ahead his own agenda with the Me 262. This film shows a brief look at some historic footage of the Heinkel jets as they went into testing.