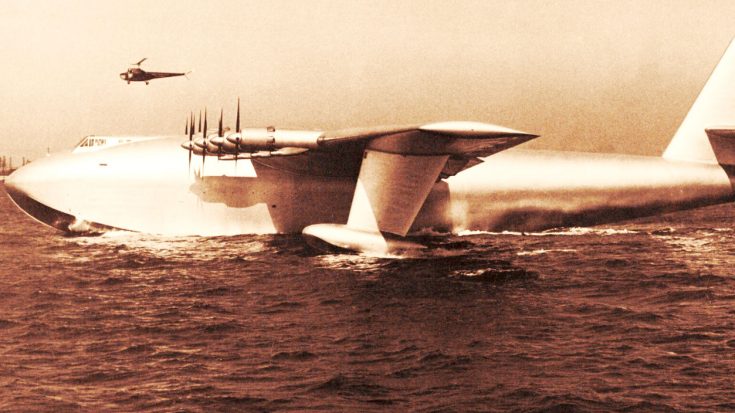 The fact that this was even caught on film is amazing. Think about it. This flight took place in 1947, and the footage is not only there but in pretty decent quality. We’ve seen some videos on Youtube from 2010 that look worse than this.

What you’re looking at here by the way is the Hughes H-4 Hercules, the only plane of its kind. It is in fact, the biggest flying boat ever built and has the biggest wingspan of any aircraft ever created. Again, this was 1947.

The H-4 Hercules was nicknamed the “Spruce Goose.”

To give you something to think about, let’s look at this. The B-52 Stratofortress ,which we all know, has a wingspan of about 190 ft.

As for its purpose, it was supposed to be a transport plane to be used during World War II, but its production didn’t make it on time. Only one prototype was built as a result, and the only flight it made was on November 2nd, 1947. It was short, low and brief but it actually took off.

We have the footage here to prove it.