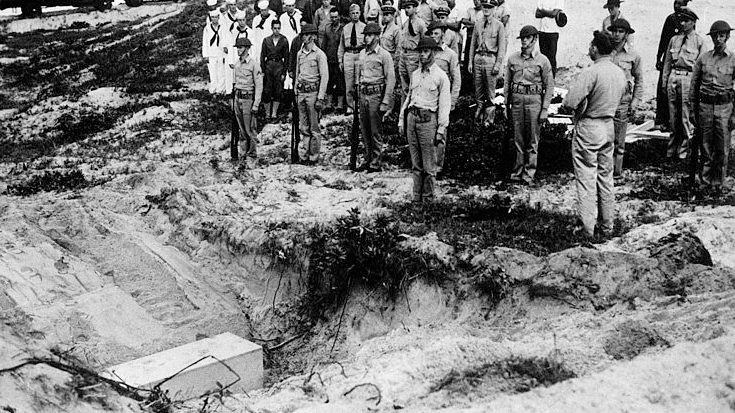 In the 13th Century, the Mongol Conquerer Kublai Khan (grandson of Ghengis Khan) launched a massive navy to overtake Japan. Just as the end seemed near, a gigantic typhoon rolled through and destroyed Kublai Khan’s fleet of 900 ships. They named this great storm kamikaze, meaning divine wind but it would later take on a new meaning.

In the final months of World War II, suicide attacks would become commonplace as the situation grew desperate for Japan. Qualified pilots began to dwindle in number and rather than training pilots for combat, they were trained for suicide bombings. Propaganda referred to these attacks as “kamikaze” to inspire pilots to destroy the invaders at sea. However, there is a story behind the first kamikaze pilot.

First Lieutenant Fusata Iida was a flight leader who took part in the attack on Pearl Harbor. He vowed to take out as many enemies as possible, even it meant sacrificing his own life.

“In case of trouble, I will fly straight to my objective and make a crash dive into an enemy target rather than make an emergency landing.”

During the Pearl Harbor attack, Iida’s Zero sustained damage from American anti-air guns. His fighter was leaking fuel and would be unable to return to the fleet. Rather than risking capture at the hands of the Americans, Iida made the ultimate sacrifice.

Fusata Iida dived his plane right in the direction of a US Navy hangar. In a twist of fate, he overshot the hangar and ended up crashing into a hillside. US Navy forces gathered his remains and buried him on a beach with military honors.

In the later years of WWII, desperate times for Japan would lead to desperate measures. Young Japanese pilots were brainwashed into giving their lives to crash into American vessels. Iida’s tactic while terrifying did not stop an American victory in the Pacific Theater of War.