The Hidden Risk Faced By German Pilots During WWII 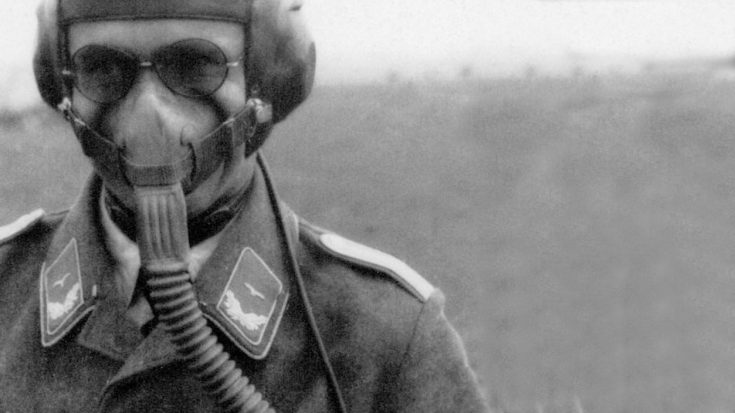 It is widely known that Hitler was a renowned drug user, taking heavy stimulants before speeches to energize a crowd. His fervor during public appearances inspired the public and military but how did this non-smoking, anti-drug vegetarian end up an addict? The answer lies in a so-called miracle drug given to German servicemen known as “pilot’s salt” but you might know it as crystal meth.

Aside from enemy threat, fatigue one of the biggest issues military servicemen can face during the intensity of war. In the 1930s German scientists began to experiment on their army as their own personal guinea pigs with an amphetamine called Pervitin. German pilots and military members were given Pervitin as a stimulant to keep them on high alert, sometimes keeping them away for days at a time.

This early version of crystal meth took away the user’s empathy for human life, producing the perfect killing machine. Pilot’s Salt was given to members of the Luftwaffe during the Battle of Britain as a stimulant to keep them awake during the long hours.

“I had a lot of night operations, you know, and of course, the commander always had to have his wits about him.”

It wasn’t long after until Hitler’s personal physician began giving Adolf Hitler doses of the miracle drug, which eventually led to cocaine and oxycodone addictions. Many historians suspect Hitler of having Parkinson’s Disease due to his sickly appearance and shaky hands in footage seen in his final years. However, writer Norman Ohler claims that Hitler was actually suffering from withdrawals due to Pervitin factory being destroyed in an Allied bombing raid.

The so-called wonder drug would eventually take its toll on Hitler and the pilots of the Luftwaffe. Exhaustion and psychotic episodes began to occur to pilots who took Pervitin mid-mission and causing uncontrollable fits of anger and crashes.

“The young marines, strapped in their metal boxes, unable to move at all and cut off from the outside world, suffered psychotic episodes as the drugs took hold, and frequently got lost, at which point the fact that they could stay awake for up to seven days became irrelevant.”

Norman Ohler gives a brief discussion about his research on drug use within the ranks of the Nazis in this clip.