The Japanese Submarine Which Could Launch Planes From The Sea 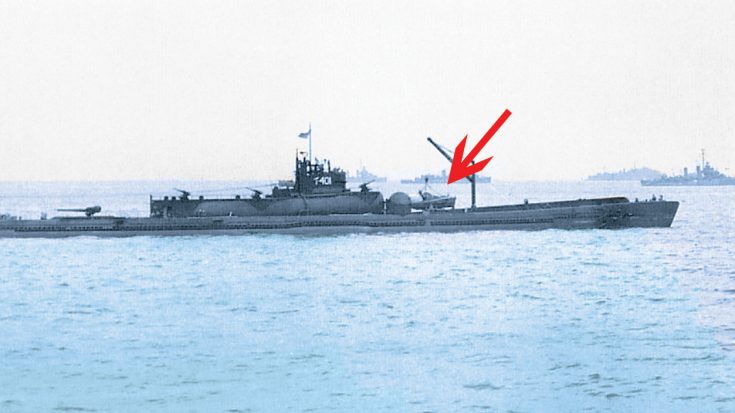 Here’s Something New To Think About.

You always learn something new, but we have to admit, we’ve never even heard about a submarine that could act as an aircraft carrier. For those of you who are in the same boat (no pun intended), we’ve got a little lesson for you and a video that might blow your mind.

At the time in 1940s, this I-400 was the biggest submarine built to date. The next biggest submarines came out almost 20 years later during the Cold War with the advent of nuclear ballistic missiles. Until then, the sub in the video reigned supreme.

The I-400, called Submarine Special by the Japanese, was first commissioned in 1944. Out of the 18 planned only 3 were completed as the end of the war cut production short. Their main purpose was to get close enough to land, surface, launch the three Aichi M6A Seiran bombers and submerge again without being seen.

They were eventually captured by the United States at the end of the war. After testing and evaluation, they were used as targets and sunk in various places. They were then forgotten, until now of course.

Check out the video and see the massive size of that hangar door that got blown out of the hull. It’s quite impressive.