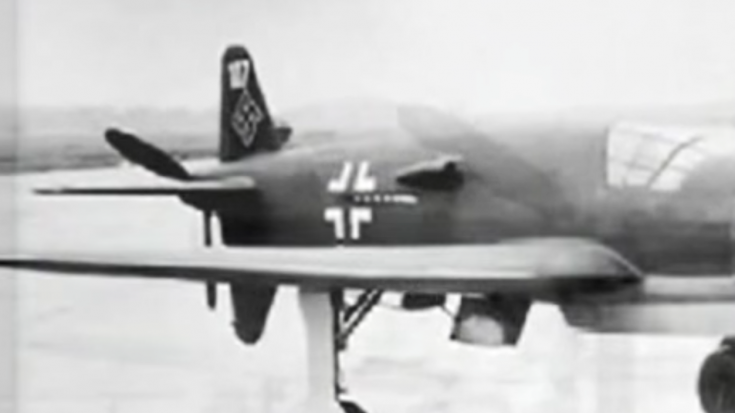 Here’s an interesting video we came across on YouTube. Although we knew of this plane (some of us built models of them when we were kids) we never really saw one on film before. We’re talking about Germany’s Dornier Do 335.

The Dornier Do 335 was named Pfeil or Arrow, in English.

What makes this plane so unique was its push-pull propeller configuration which made it an extremely fast fighter. It was reported to reach tops speed of over 470 miles per hour because of this system, something that made it impossible to catch even with a Spitfire or P-51 Mustang as the video will say.

Although 37 of them were produced from 1944 until the war ended the following year, only 16 were known to be tested, one of which you’ll see in this video. As of now, however, there is only one example of it in Steven F. Udvar-Hazy Center of the National Air and Space Museum in Washington D.C. The reason that it’s there and not a museum in Germany is that it was captured by the Allies in April of 1945 at a Dornier plant. As part of Operation Lusty (LUftwaffe Secret TechnologY), it was shipped to the United States to be evaluated by the USAAF.