The Man Who Planned The Air Attacks At Saipan, Iwo Jima, and Okinawa Just Passed Away At 104 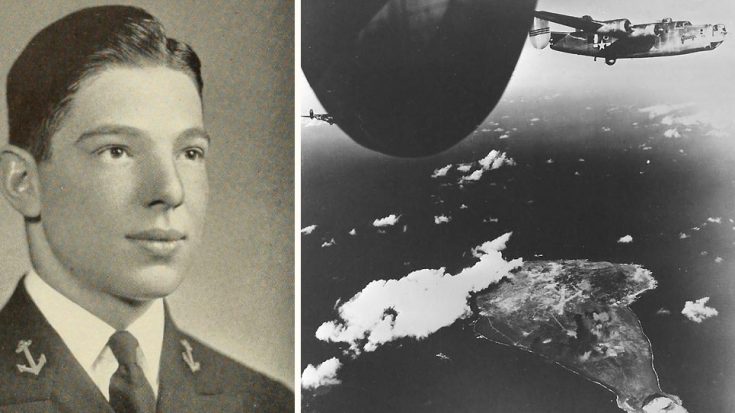 Rear Admiral Edgar Keats had enough on his resume by the age of 13 to make you nod your head in awe. But the Chicago native, born in 1915, had a whole lot of life left to live. And boy did he live it! All 104 years of it.

By 16, Keats had won an appointment to the Naval Academy in Annapolis as a member of the class of 1935. He went on to serve as an aviator flying dive bombers. In 1941, the clearly intelligent Keats was selected as just one of two for the Aviation Ordnance course for the Navy’s Postgraduate School.

By November 1943, he was chief staff officer and air commander for the Battle of Tarawa Atoll in the Gilbert Islands. The duty of planning the air attack portion of the amphibious landings at Saipan, Iwo Jima, and Okinawa also fell to him.

Master Of Just About Everything

From achieving the rank of Eagle Scout to serving in WWII to competing in the MD Senior Olympics, Rear Admiral Edgar Keats lived a full & impressive life. It is an honor that he chose to call MD home. On behalf of a grateful state, may he rest in peace. https://t.co/PL3OC0epvr

After WWII, Keats became the head of armament in the Navy’s Bureau of Aeronautics, commanded a dive bomber squadron, and was then swooped up as the armament director of the Naval Air Test Center on the Patuxent River.

That’s already a mouthful, but he didn’t quit there. Retiring from the Navy and returning to civilian life in 1958, Keats managed radio tracking systems for Polaris submarines, lectured on the satellite use in remote areas, was partly responsible for constructing military and family housing through Urban Systems Development Corporation, and became president of Standard Dredging Corporation in Baltimore.

Oh yeah, and he won gold medals in the the Maryland Senior Olympics in his 70s and 80s for race walking.

Rear Admiral Keats was a United States Navy veteran of the Second World War, and at the time of his death the oldest graduate of the United States Naval Academy at Annapolis, Maryland (Class of 1935). #History #navy #ww2 pic.twitter.com/kNx4zGmOpr

He was well loved and well respected by all who knew him. At his 100th birthday, 4,000 midshipmen sang “Happy Birthday” to the centenarian.

“‘I’ve never smoked. I drank very little, except when I was a young aviator — we all drank, but I gave it up long ago. I eat sensibly and I exercise faithfully. Whether that made it, or just good luck, I don’t know…I put my money on luck.’” -Rear Admiral Edgar Keats, 2015

Keats passed away on Saturday, March 2, 2019 due to complications from a fall. Thank you for your service, sir!