The Most Brutal WWII Dogfighting Story Ever Told 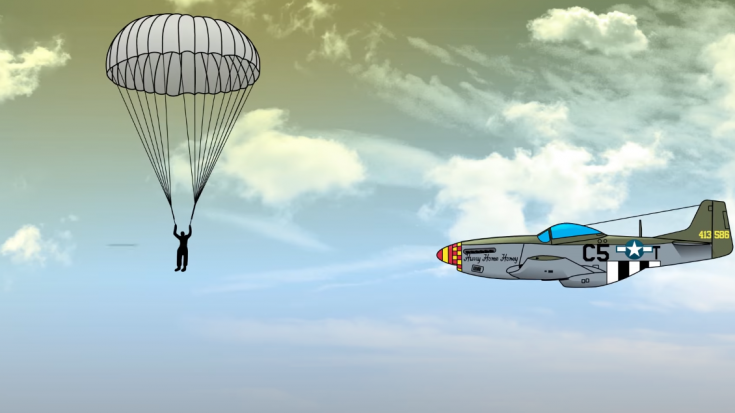 A Look At What It Was Like In The Worst Of Times.

Shooting down parachuting pilots and crew from a downed airplane is against all conventions of war, the act now being a downright war crime.  Both the Allied and Axis commanders tried to instill this practice in their pilots but as with everything, some did not follow orders. Richard Peterson was among these airmen and has a unique viewpoint from both sides.

“Nobody, including the Germans, would shoot anybody in the parachute. It just wasn’t done. There was no challenge for shooting a guy in a parachute for God’s sake.”-Richard ‘Bud’ Peterson

P-51 Mustang Ace Richard ‘Bud’ Peterson was placed in just that situation. He recounts seeing a B-17 Flying Fortress going down, with its crew bailing out. Once they opened their parachutes, he saw a Messerschmitt pilot circle around and start shooting at the helpless airmen, killing many of them.

Enraged, he purposely chipped away at that same Bf-109 as to make the pilot bail out, which he did successfully. Next, he confesses to doing the same thing the Nazi pilot was doing just minutes earlier, an act he wasn’t proud of, but felt like needed to be done.

This short animation tells his story in a unique way.