The Most Scenic Flyby Ever: Two Lancasters Over A Reservoir 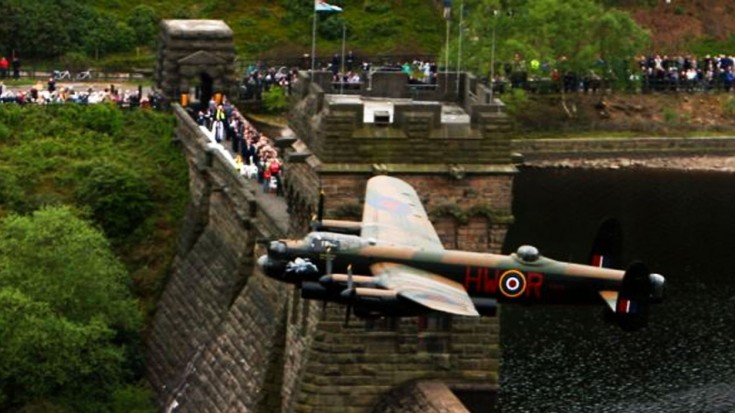 Lancs Thumper And Vera Do A Nice Low Flyby

The U.S. had the Flying Fortress and the British had the Lancaster. This four-engined heavy bomber was built specifically for the Royal Air Force and was introduced to World War II in 1941. Their first mission took place over Europe in 1942, when they were selected for night-time bombings of strategic Axis targets. Over 7,000 Lancs were produced, collectively dropping 608,612 tons of bombs during the course of World War II. Although used predominantly as night bombers, they did well as daylight precision bombers as well, especially towards the end of the war.

As of this writing, there are 17 surviving Lancasters displayed in different museums around the world. Out of those, only 2 are airworthy, and they’re featured in this video. Their names are Thumper and Vera and they’re based in the U.K. and Canada respectively. In 2014, these two girls toured together for two months in a series of events that let spectators feast their eyes on their beauty. Not only that, while flying into one of the shows, they passed through the Thirlmere Reservoir, giving us this incredibly scenic footage.