This Is The Most Spectacular Hornet Crash Ever Caught On Camera 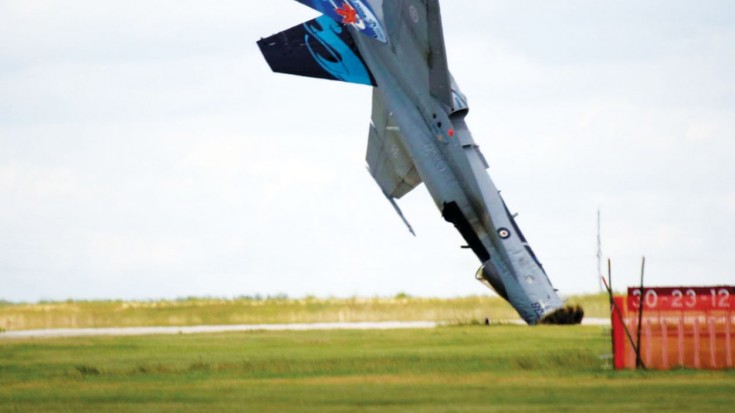 Don’t Worry, No One Got Hurt.

This incident, although about 6 years old, is still one of the most spectacular crashes we’ve seen on Youtube. It’s recorded in very good quality and the angle is perfect to see the ejection and the happy ending. All in all, sad to see a plane go but it’s impressive to watch.

Long story short, Royal Canadian Air Force pilot Captain Brian Bews was practicing for an airshow in Lethbridge, Alberta. He was performing a high alpha maneuver. As you’ll see, all was going well until the plane banked to the right and started to nose dive. With little altitude, he immediately pulled the ejection handle and walked away with his life.

The cause of the accident was a sticky piston in the fuel control mechanism.

It could have been a bad one though. Had the wind been blowing the other way, the pilot might have ended up in the fireball. That’s happened many times before but luckily for him it didn’t. Because he got out ok, we can now enjoy this footage without feeling bad. Well, maybe we can feel a little bad for the Canadian taxpayers but then again…nah.

Now, we have to mention this simply because it’s so coincidental. “Staying Alive,” was playing in the background. Talk about serendipity.