The Most Touching B-17 Clip You’ll Ever See 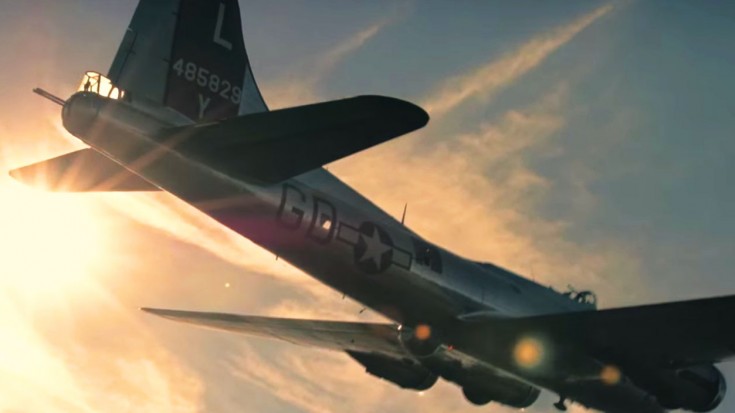 Some Amazing Shots Of Our Favorite Bomber: The Flying Fortress!

This short video from the Yankee Air Museum is spectacular, capturing the true beauty of the B-17 and the bravery of men who flew them. The Museum, located in Belleville, Michigan, was a Ford Motor Company B-24 Bomber plant in 1941, and to this day preserves our aviation history. It was them who restored this B-17 Flying Fortress into the ‘Yankee Lady’ she is today.

The nose art on the ‘Yankee Lady’ is meant to be representative of the era and not directly replace the actual B-17 Flying Fortress that flew in World War II.

This particular B-17 was produced in late 1945 and did not see any combat during World War II. Its flight history includes being one of 16 B-17s that were used by the Coast Guard and was capable of dropping a 27 foot long wooden life raft to people stranded at sea. It later went on to fight forest fires and even star in a Hollywood movie! Its rich history meant that she was heavily modified over the years however, and it took the Yankee Air Museum almost ten years to restore her to original specifications.