The Nazis Had A Sinister Agenda For Their Most “Perfect” Women 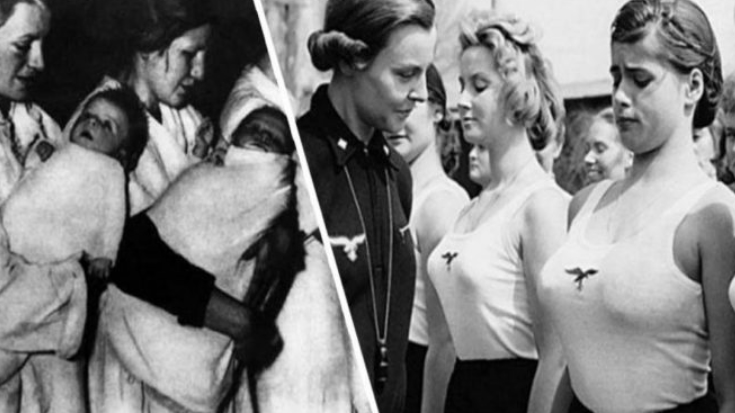 Adolf Hitler envisioned a perfect world filled with perfect people. He took drastic measures to eliminate those who did not fit in with his vision via the “Final Solution.” However, German citizens who did fit in with his view of perfection were bestowed with another fate.

Hitler enacted programs to streamline racial purity by forcing Jews, homosexuals and the disabled into concentration camps, sterilization and euthanasia. But for blonde-haired blue-eyed  German women who were deemed “racially pure”, they were given another “privilege.”

It was known as Lebensborn, a selective breeding camp to increase the birth rates of the Aryan race during the war years. Women were screened by doctors to ensure their Aryan heritage all the way up through their grandparents. Qualifying women were required to be free of disabilities or mental illness.

Members of the SS were encouraged to participate in fathering the children at Lebensborn facilities. There was also evidence of kidnapping children who looked close enough to the Ayran requirements and adopted by German families.

In total there were over 8,000 Lebensborn children brought into the world. It was another example of German eugenics and the architects of the program were placed on trial for war crimes following the war. This video goes deeper into the dark history of Nazi Germany’s Lebensborn babies.