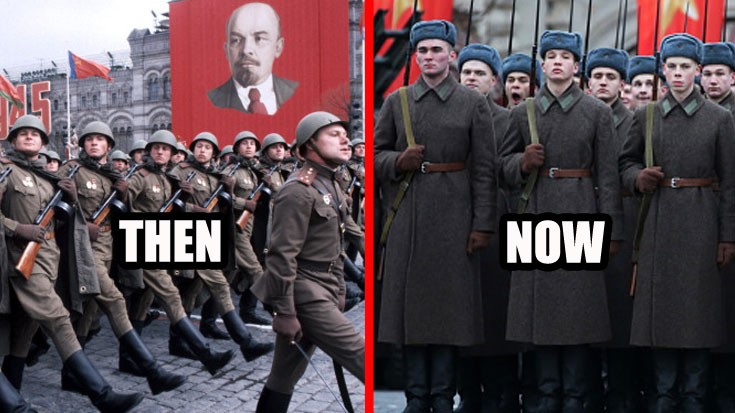 On May 2nd, 1945, the city of Berlin fell into the hands of the Soviet Union and six days later Nazi Germany would surrender to the Allied Forces. From that moment on the Soviet Union continued to rise in the ranks as a military superpower with a vastly expanding military. Although the Soviet Union has fallen, risen from the ashes of communism to become modern-day Russia the outfits of their military look pretty much the same as ever.

Military gear of the Red Army looks essentially the same today as it did during WWII because it actually is the same for the most part. As the Soviet Union continued its expansion the need for more military units increased so did the need for uniforms. However, this kind of growth was not sustainable and as a result, the leadership didn’t want to invest in new uniforms. Russian troops found themselves wearing old Cold War-era gear with a new flag on it. However, much of this new gear has not been updated since its communist origins and most of the belt buckles still have a hammer and sickle on them.

Only in recent years has Russian gear become modernized and finally done away with the hammer and sickle. It was mainly a monetary issue that caused the stagnation in military gear, but Feature History takes a deeper look at the other factors in this video.