The One Russian Plane That Invaded America 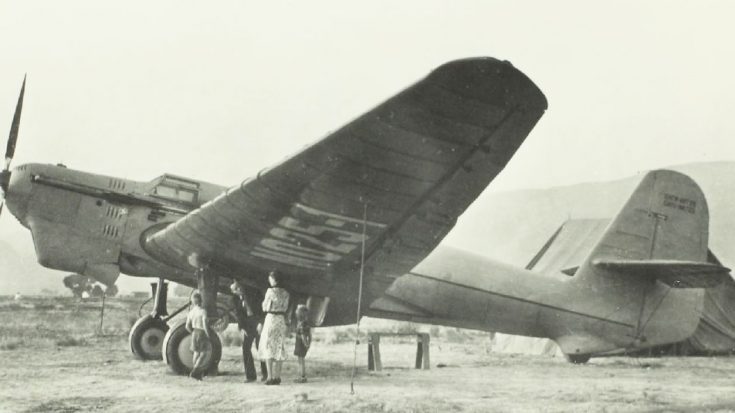 On September 12th, 1933 the United States was a shocked when a plane from the Soviet Union landed an aircraft on American soil. The mysterious long-winged plane traveled, 7,712 miles over the course of 75 hours. This long-range Russian plane is more commonly known as the Tupolev ANT-25.

The ANT-25 set several world records for distance travel at the time when it was flown. It also inspired the United States with a sense of vulnerability, knowing that the Russians had created with the range to possibly attack them. This panic inspired the US engineers to continue work on the B-17 Flying Fortress rather than scrapping plans for a long-range bomber.

“The ANT-25 had been specifically designed for long-distance flight by Andrei N. Tupolev, whose initials served as the plane’s name. It was a metal cantilever monoplane with a varnish-impregnated fabric covering. Its red wings spread 112feet and dwarfed the 44-foot gray fuselage. A Mikulin AM-34R engine in a V-12 configuration with about 750 horsepower turned a geared, three-bladed metal propeller to achieve a top speed of nearly 150 mph.”

However, Stalin was suspicious of intellectuals and had Tupolev imprisoned, accusing him of smuggling plans out to Nazi Germany. The project didn’t advance much farther as the ANT-25 was not viable for combat missions against the invading German Army. Historic test footage of the ANT-225 is included in this clip linked below.