The Only Airworthy Survivor Of Pearl Harbor: The Oldest P-40B Tomahawk In The World 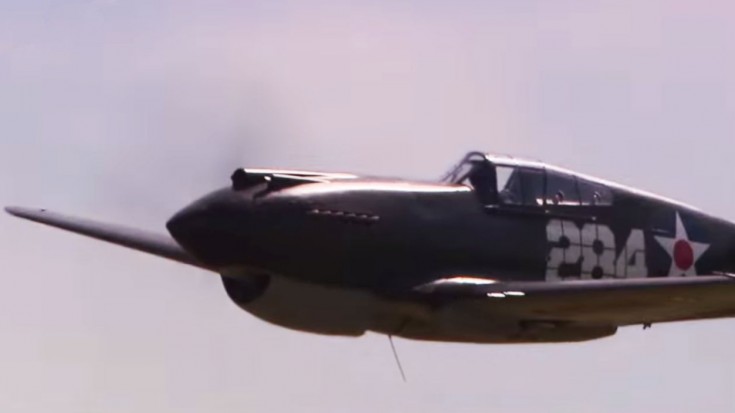 This Restored Tomahawk Has Some History

The Curtiss P-40 Warhawk is an American built single-seat, single-engined fighter and ground attack aircraft. Over 13,000 of them were built throughout World War II and most of the Allied forces used them at some point. They first saw combat in the Desert Air Force in June 1941. Although not as effective as Luftwaffe’s Bf 109s due to their lack of two-stage superchargers, they played a key role in most of the major theaters of World War II, including North Africa, the Southwest Pacific and China.

There were almost two dozen variants of the P-40 Warhawk. The P-40B shown here is a Tomahawk IIA, which had an extra 7.62mm or 2 7.7mm machine guns in the wings and a partially armored and self healing fuel system

This particular Tomahawk is the only remaining airworthy survivor of Pear Harbor. Built in 1940, she was transferred to the 19th Pursuit Squadron of the 18th Pursuit Group. In 1942, she crashed in Hawaii, her remains recovered almost a half a century later. She was then restored for the next 16 years and took her first flight in June 2003 as part of The Fighter Collection. Her color scheme was matched to the original scheme she flew in during her time in Hawaii.