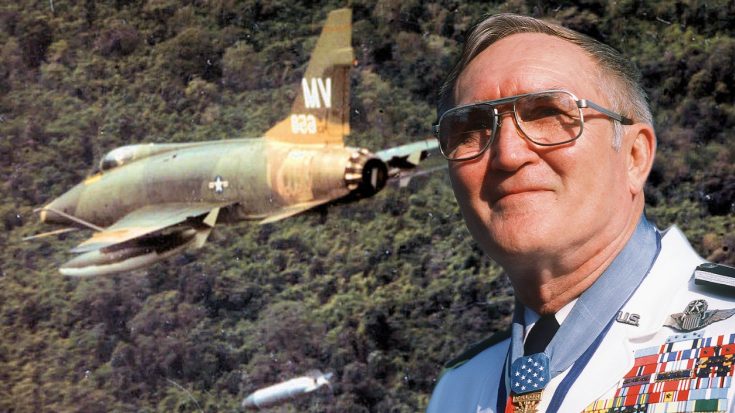 August 26, 1967 was a defining day for 43 year old WWII veteran Air Force Col. George “Bud” Day. While in command of an F-100 squadron on a secret mission, he was shot down over North Vietnam.

Day shattered his arm and injured his back, knee, and eye while ejecting out of his F-100, but that was just the start of his troubles. The enemy captured, interrogated, and tortured him. Like the proper badass he was though, he managed to escape just five days later.

The Hero Of Hanoi Hilton

Unfortunately, Day was recaptured  and spent another staggering 67 months in captivity. That’s about five and a half years! Nobody was going to keep this triple veteran down, however. He would go on to become the most decorated war veteran since General Douglas MacArthur.

His stint in the “Hanoi Hilton” POW camp ultimately earned him a Medal of Honor. The citation reads, “His personal bravery in the face of deadly enemy pressure was significant in saving the lives of fellow aviators who were still flying against the enemy.”