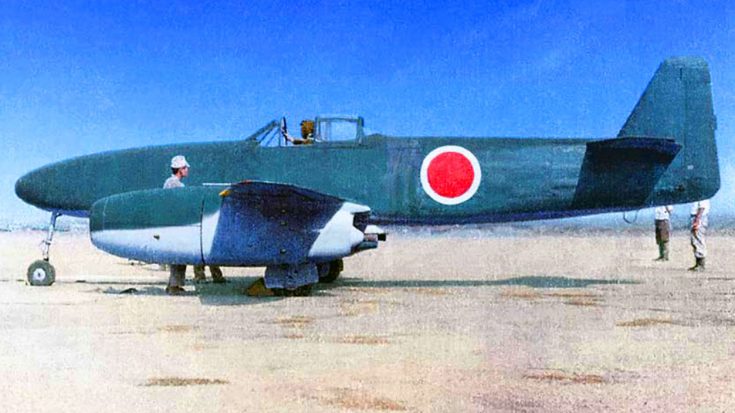 At first glance, you might think it was a Messerschmitt Me 262, but the Japanese markings are a dead giveaway. The Nakajima Kikka is Japan’s first jet-powered fighter jet.

This fighter came to be after Japanese military officials witnessed a trial of the Messerschmitt Me 262 during a visit to Germany. Impressed by the concept of a fighter plane with a jet engine the Japanese Navy set off to create their own version. The jet was designed for multiple roles including as a fighter, bomber, interceptor and as a kamikaze bomber.

While it bears a striking resemblance to the Me 262 there are some differences including a new nose and wheels from the A6M Zero. The wings of Kikka are able to fold upward for extra space on aircraft carriers and allowing it to be stored in caves for surprise attacks.

The projected encountered delays due to Japan’s inexperience with relatively new jet engines. Testing of the Kikka commenced on August 7th, 1945 and lasted until August 15th, 1945 when the projected canceled as Japan surrendered to the Allies. 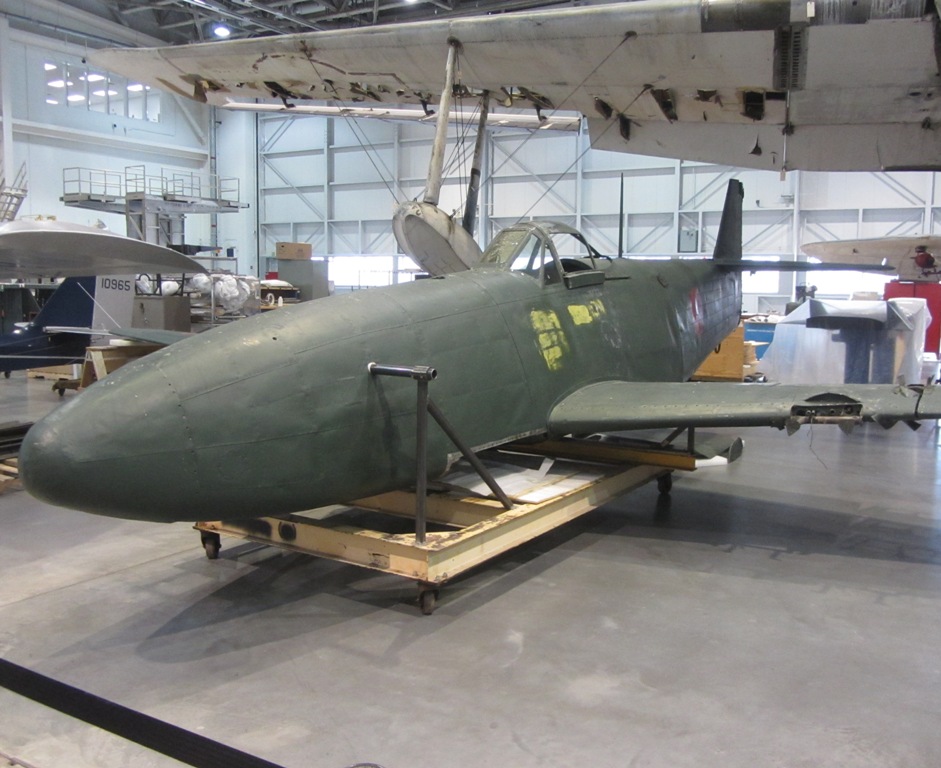 After WWII the Kikka was taken over to the United States for research purposes. The only remaining Nakajima Kikka is currently being housed in the Steven F. Udvar-Hazy Center, as seen in this clip.