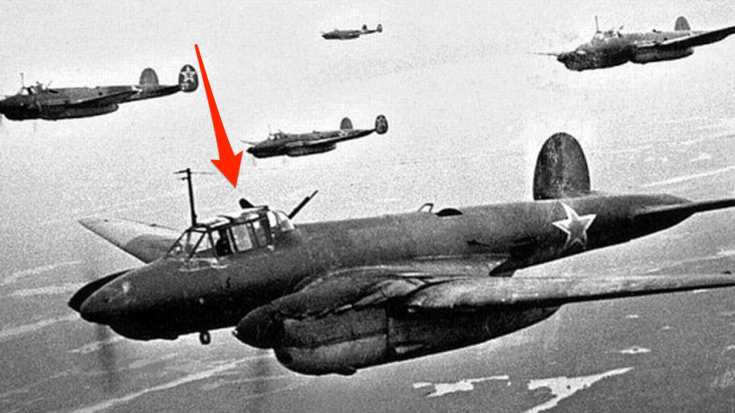 The Soviet Air Forces used a wide variety of aircraft to combat Nazi Germany during WWII but the Petlyakov Pe-2 was considered to be the standout. It was a highly versatile aircraft suited for many roles and was comparable to the DeHavilland Mosquito if not better. There were many incredible features that aided to the success of the Pe-2 but there were some that many don’t know about such as its rabbit ears.

Petlyakov Pe-2 was one of the several planes of WWII equipped with a gunner turret used for offensive and defensive purposes. However, traveling at such high-speeds has a tendency to make it difficult for the gunner to use the turret due to wind resistance. Fortunately, engineers figured out a solution to wind resistance in the form of the small rabbit ears on top of the Pe-2.

The rabbit ears are actually fins that redirect air with relative ease and move as the gunner moves to reduce resistance. A simple yet very effective solution and surprisingly it didn’t catch on with more aircraft of the time. This short video from Bismarck goes into greater detail on the efficiency of the fins.