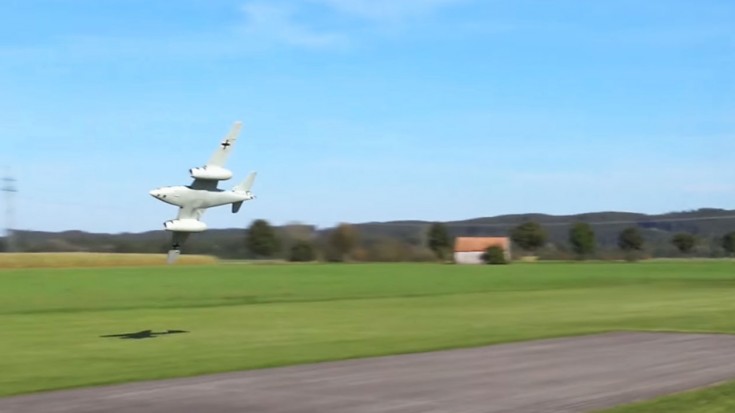 It’s One Thing To Build It, Another To Fly It.

There are thousands of videos on Youtube which feature the most impressive Rc warbirds. The reason that they get so many views however, is that a lot of times these planes end up as spectacular fireballs.

It’s one thing to have the skill and dexterity to build these massive models. It’s another to actually fly them or land them in crazy crosswinds. The guy in the video however, definitely has the whole package.

Ray Puchtinger is no stranger to Rc building and flying. He has multiple World War II era planes which he flies regularly, however, this Me 262 is definitely special. With a wingspan of over 10 feet and a weight of almost 100 pounds, this is one crazy model.

As you’ll see in the video, what’s even more spectacular is how this guy handles this massive Rc. Coming within a few measly feet of the ground, he straightens this girl out with one swift movement and takes off into the sky again.

As for the engines, if you didn’t know you were looking at an Rc you might not even know that it is one. The jets sound fantastic, but watch the video and judge for yourself. It’s beyond spectacular.