The Power Of The M2 A.K.A. “Ma Deuce” At The Firing Range 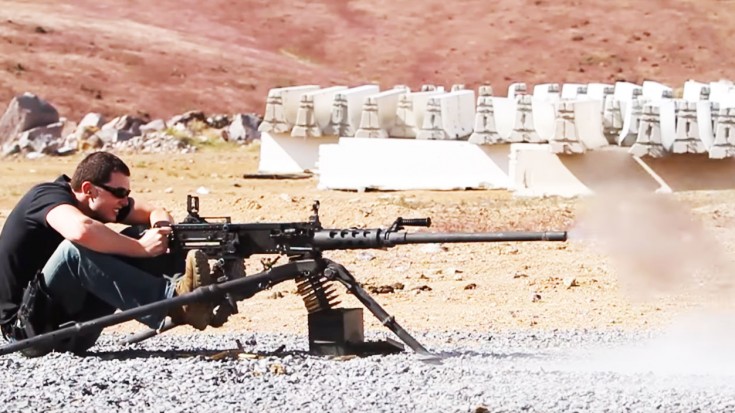 Kind Of Jealous Of This Guy.

Meet Richard Ryan, a guy who has undoubtedly one of the best jobs in the world. With millions of subscribers on his Youtube channel at this point, he gets paid to pick up crazy guns and shoot them. Sometimes he’ll shoot a pumpkin, other times an old car but no matter what he shoots, it’s always awesome with some slow motion shots.

In this video, he shoots the famous M2 Browning. A gun still in use today, its origins trace all the way back to 1933. As you can imagine, this effective machine gun was used heavily during World War II and was equipped on many of our favorite warbirds.

They were mounted on Mustangs, Thunderbolts, Lightnings, Warhawks, Hellcats, Corsairs ,B-17s, Liberators and almost any other fighter or bomber of that era you can think of. Their power and reliability were unmatched, so throughout the years over 3 million of them were built.