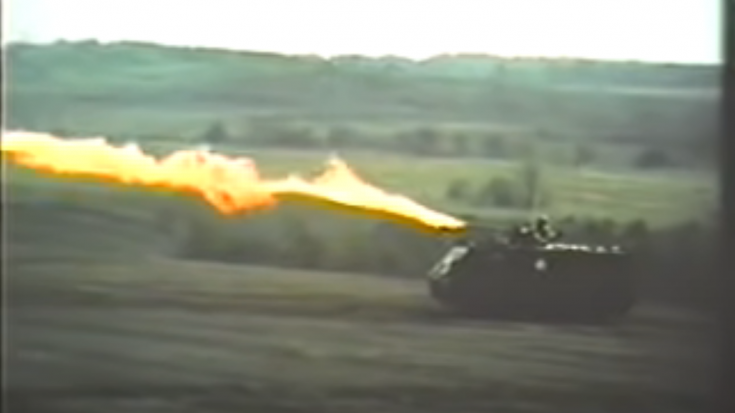 M132 Armored Flamethrowers first entered service in 1964. The vehicle was made by mounting a flamethrower on an M113 or M113A1 armored personal carrier.

When it first came into the scene, the M132 was paired with the M113s. This was done so the latter could suppress the target using its 7.62mm machine gun while the M132 closes in.

The mechanized flamethrower had its passenger compartment removed, reducing the crew to just two – a driver and a gunner. Its gunner sits in the center of the hull and directs the M10-8 flame gun along with a 7.62mm machine gun. In total, its 200-gallon fuel capacity allows the M132 to fire for up to 32 seconds with a range of 186 yards.

Unfortunately, it had a rather short service time. M132s were mainly used during the Vietnam War but later fell out of favor once better vehicles entered service.